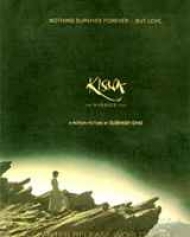 U/A | Drama
Release Date : 21 Jan 2005
Cast : Vivek Oberoi, Antonia Bernath
Director : Subhash Ghai
Synopsis
Kisna is a film of sweet surrender.Kisna befriends a British girl named Katherine, and then shields her from an enraged mob of nationalists including Kisna's own uncle and brother. Katherine is the young daughter of a ruthless British collector. Kisna takes it upon himself to escort Katherine to the safety of the British High Commission in New Delhi, who will arrange for her to board a ship home. A tender attraction develops between Kisna and Katherine during the journey.