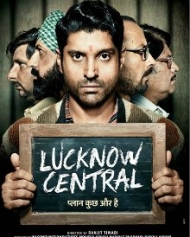 The movie is all about Kishen Mohan Girhotra (Farhan Akhtar),  who is sentenced to death by High Court for a murder and how he plans to escape with a few convicts following a musical performance in prison.

Lucknow Central is inspired by a true story.

The music for Lucknow Central is composed by Arjunna Harjaie, Rochak Kohli and Tanishk Bagchi. The lyrics were penned by Kumaar, Sukhwinder Singh, Mychael Danna & Adheesh Verma. Overall, the movie has 6 songs.