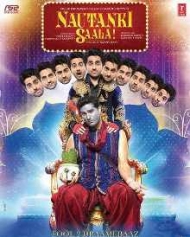 It is the story of their bonding and friendship. It’s a comedy of errors where all of RP’s acting skills are tested to the limit as he improvises his way through a hilarious real life drama, complemented by the loose cannon that is Mandar Lele!