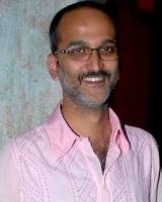 Rohan Sippy is an Indian film director who has directed two films - Kuch Naa Kaho and Bluffmaster. He is the son of Ramesh Sippy, the director of the Hindi blockbuster film Sholay. Rohan studied at the Aiglon College in Switzerland and pursued his undergraduate degree at Stanford University.

Rohan Sippy was married to Rohena Gera, who also went to Stanford and is now a screenwriter. They were divorced in 2003. One of Rohan's best friends is Abhishek Bachchan who was known to him since his school days.