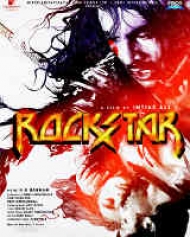 The movie is based on a character Janardan Jakhar (Ranbir Kapoor) who is born and brought up in the very middle class locality of Pitampura in Delhi, has a larger than life dream - of being a rockstar like Jim Morrison! But all he gets from his reluctant audience is ridicule and humiliation.

He's at his wit's end, when he realizes that all musical stars; all artists in fact, have one thing in common. And that is tragedy. They all have tragic lives.

They have all suffered painful heartbreaks to become what they are. Alas, there is no pain in Janardan's life - it is an oasis...