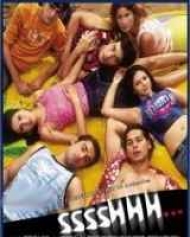 Horror
Release Date : 24 Oct 2003
Cast : Dino Morea, Karan Nath
Director : Pawan Kaul
Synopsis
Malini Gujral is brutally murdered on a college campus, and no one knows who did it or why. Then Malini's sister Mehak starts getting threatening phone calls from a man who claims that he murdered Malini and is now out to kill her and anyone else who dares to stand in his way. Mehak is terrified, she does not know who the caller is, but he could be anybody. Most of the people around her have a motive for murder. And then the killings start.