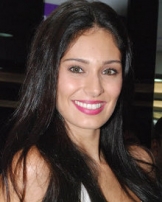 Bruna has been stationed in Mumbai and has her eyes set on Bollywood and the fashion industry. Her first video was with Shekhar Suman in his debut album Mere Gham Ke Dayare Mein. She performed an item song (Rehem Kare) for Anubhav Sinha’s Cash.

She had modelled for many brands such as Reebok, IndusInd Bank, PETA and also walked the ramps at Lakme Fashion Week. She appeared on magazine covers such as Marie Claire, Maxim, etc.

Bruna Abdalah made her acting debut with the 2012 Tamil film Billa II which earned her the Kalakar Awards for the Best International Youth Icon Award.