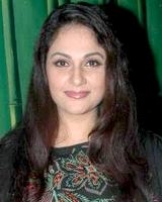 Gracy Singh, is an Indian actress, from Punjab. She is best known for her role as Gauri in Lagaan: Once Upon a Time in India. She began her career touring with the dance group "The Planets" and her first acting role was in the television soap, Amanat, later she got an acting role in the film Hum Aapke Dil Mein Rehte Hain as Kajol's younger sister and in Hu Tu Tu which lead her to her biggest role yet opposite Aamir Khan in Lagaan: Once Upon a Time in India where she played a village belle to perfection and was nominated for best debut losing the award to Bipasha Basu.

She then began a number of hit films in Telegu and Hindi including Munnabhai M.B.B.S and Santosham. Her performances have since been lesser and lesser. She is director of the NGO Save our Souls for abolishing dowry. She is rumoured to be engaged to her Photographer Ravi Gaurav which is completely unsubstantiated.