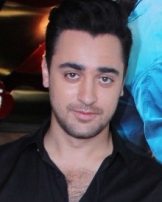 Imran Khan was born to Anil Pal and Nuzhat Khan. His father works as a consultant at LinkedIn in Silicon Valley. His parents got divorced when he was one and a half year old. So he replaced his surname with Khan. He studied in Bombay Scottish School but later he was put into a boarding school in Ooty.

Imran got married to his girlfriend, Avantika Malik on 10 January 2011 at a private civil ceremony at Aamir Khan's house in Pali Hill, Mumbai.

Imran first acted as a child artist in Aamir's film Qayamat Se Qayamat Tak in the year 1988 and Jo Jeeta Wohi Sikander in the year 1992. He played the role of young Aamir Khan.

Then he made his debut as a lead actor in the film Jaane Tu... Ya Jaane Na in the year 2008. It was the biggest hit of the year. His next film was I Hate Luv Storys, which again was a hit at the box office.