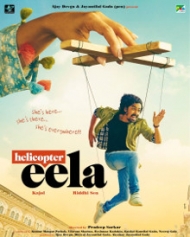 The movie is all about Eela(Kajol), an aspiring singer and a single mother. The movie becomes more interesting when Eela joins her son's college to complete her studies. Helicopter Eela is produced by Ajay Devgn, Jayantilal Gada and Aksshay Jayantilal Gada under the banner Ajay Devgn FFilms and Pen India Pvt. Ltd.

This Pradeep Sarkar directorial revolves around a single parent Eela (Kajol) who keeps shadowing her teenage son Vivaan (Riddhi Sen) and has her life revolving only around him. While Vivaan struggles...