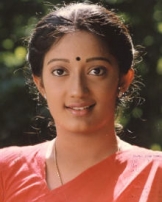 She started her career as the heroine in Karakattakaran (1989), a movie based on the Tamil rural dance Karakattam, along with Tamil film stars Ramarajan, Goundamani and Senthil. It was a blockbuster movie, which ran more than a year. Kanaka acted in many Tamil movies, including Adisiya Piravi (1991), Periya Karan, Periya Kudumbam and Samundi.

She starred with many major stars like Rajnikanth, Prabhu, Karthik, Vijayakanth, Sarath Kumar, etc. She also starred in a few Telugu and Malayalam movies with major stars like Mammootty and Mohanlal. Her Malayalam debut, Godfather, was an all-time hit movie in Kerala, and ran for 434 days. She left the cinema arena after the death of her mother Devika.

Kanaka's false death news shocked the entire South film industries. In order to clarify the speculations, she came before the media in Chennai. After clarifying the death news, the actress said that her health is fine and she is doing well.

It was said that she was suffering from cancer. The actress was under palliative care in Alappuzha, Kerala. The death news of Kanaka was in the air from 30th July '13 afternoon. To confirm the rumour, the actress decided to come in front of the media and clarified to everyone.