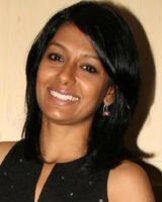 Nandita Das is an award-winning Indian film actress and director. As an actress, she is known for her critically acclaimed performances in Fire (1996), Earth (1998), Bawandar (2000) and Aamaar Bhuvan (2002).

As a director, she is known for her directorial debut Firaaq (2008), which has won a number of national and international awards, including Chevalier of the Ordre des Arts et des Lettres by the Government of France.

She was born in New Delhi to noted Indian painter, Jatin Das, originally from Orissa, and her Gujarati Hindu-Jain mother, a writer, Varsha.

She went to Sardar Patel Vidyalaya in New Delhi. She received her bachelor's degree in Geography from Miranda House (University of Delhi) and did her Post Graduation from the Delhi School of Social Work. She was a good student, getting firsts in all of them.

Nandita Das started her acting career with a theatre group called Jannatya Manch. She taught at the Rishi Valley School.

She is best known for her performances in Deepa Mehta Films like Fire and Earth alongside Aamir Khan, Bawander (directed by Jagmohan Mundhra) and Amaar Bhuvan (directed by Mrinal Sen).

In 2008, she completed filming her directorial debut, Firaaq. Firaaq is a work of fiction, based on a thousand true stories and is set a month after the Gujarat carnage in 2002. It is an ensemble film that interweaves multiple stories over a 24 hour period, as the characters from different strata of society, grapple with the lingering effects of violence.

The film traces the emotional journeys of ordinary people - some who were victims, some perpetrators and some who chose to watch silently. The film’s stellar cast included Naseeruddin Shah, Raghubir Yadav, Paresh Rawal, Deepti Naval, Sanjay Suri, Tisca Chopra, Shahana Goswami and Nowaz.

It's more so in India, where it's set and hence people can identify with it more. It's been said that the film gave a voice to so much that remains silent and that it should be seen at least once. Though it's always great to win awards at every competitive festival we entered the film in, but it's actually the audience reaction that really matters," Nandita Das told Radio Sargam.

In 2002, Das married long-time boyfriend Saumya Sen. The couple began Leapfrog, an advertising organization geared towards making socially conscious ad films. The couple divorced in 2009. The first marriage lasted a bare three years, ending in divorce by mutual consent. After dating Subodh Maskara, an industrialist based out of Mumbai for a couple of months, she married him on Jaunary 2, 2010 and moved to Mumbai.

Das gives talks around the world about the impact of her films and the need for powerful social movements in India. She spoke at MIT on 12 April 2007 after a screening of Fire.

She also speaks for campaigns against AIDS and violence against women. She was appointed as the chairperson of the Children's Films Society of India in 2009.