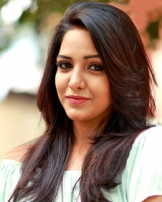 Pavani Reddy is an Indian actress and model who specialises in Tamil and Telugu media. In Durga Village, Udupi, Karnataka, she was born on November 9, 1988. In Udupi, Karnataka, she finished her undergraduate studies. She accompanied her family to Hyderabad after this and finished her degree there. She has been intrigued by performing professionally since she was a young child. After earning her academic coursework, Pavani began modelling as a first step toward acting.

Pavani put a lot of effort into finding acting roles because she yearned to succeed in the movie industry. She even participated in numerous auditions with a passport-sized photograph. She finally had the opportunity to perform a bit part in a Bollywood movie after all her efforts. She made her feature film debut with the 2012 premiere of the Bollywood movie "Login." She received recognition for the excellent supporting role she played in the movie. In the same year as her Bollywood debut (2012), Pavani Reddy made her Telugu film debut with the Telugu film Double Trouble.

She had an appearance in the Telugu film Dream that year as well. She played Doll Reddy in the Telugu movie Amrutham Chandamamamalo the following year, in 2013. She appeared in the 2014 Telugu film The End.She earned her breakthrough in the Tamil film industry in 2015 when she played Yazhini in the movie Vajram. Following this, Pavani featured in Tamil movies such as July Kaatril, 465, Motta Shiva Ketta Shiva, and Ini Avanea (2019). She has a significant role in the Telugu movie Lajja from 2016.

Pavani appeared in the Telugu movie "Senapathi" in the year 2021. She had the possibility of collaborating in the television sector in addition to the movie industry. In the Telugu television corporate, Pavani Reddy began her career in 2014 by portraying Anasuya in the Zee Telugu-aired Telugu serial Neneu Aayana Aruguru Athalalu. She next appeared in the 2014 episodes of the Gemini TV series Agnipoolu and the E TV series Naa Peru Meenakshi.

Pavani Reddy began her career in the Tamil television industry in 2015 by portraying Vennilla in the Star Vijaya channel's Tamil serial Rettai Vaal Kuruvi. She later made appearances in the Sun TV productions EMI-Thavanai Murai Vazhkai (2016) and Pasamalar (2015–17). She gained notoriety in 2017 when she portrayed the title role of Nandhini in the Tamil television series Chinna Thambi, which was broadcast on the Star Vijaya network. She earned her Malayalam television breakthrough later that year when she played the role of Rani in the Asianet channel's Malayalam serial Neelakkuyil.

Pavani made an entrance in Kamal Hasan's Bigg Boss 5th season in 2021. She was proposed to by her co-contestant Amir inside the home, and their love story quickly went viral among the spectators. They later hitched and became well-known. She and Amir both debuted in Ajith Kumar's Thunivu.