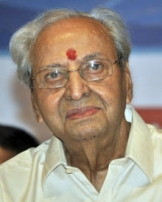 Pran Sikand is a multiple Filmfare and BFJA award-winning Indian actor. He has appeared in over 350 films. He was honoured with the Padmabhushan, for his contribution to cinema. Contrary to the villainous characters he played in his early films, he is very social, a member of various organizations, and even has his very own football team.

Personal life and education
Pran was born in New Delhi, into a wealthy family. His father-Kewal Krishan Sikand, was a civil contractor. He was born in small town Jejjon in Hoshiarpur district of Punjab.

He was academically gifted, especially in mathematics. He studied in Rampur, Dehradun, Kapurthala, Meerut, and Unnao (then Unao). Upon passing his matriculation examination, Pran joined A.Das & Co., Delhi as an apprentice as he wanted to become a professional photographer. This job took him first to Simla, where he played Sita to Madan Puri's Ram in the local staging of "Ramlila".

Pran married Shukla in 1945, and has two sons, Arvind and Sunil, and a daughter, Pinky. He now enjoys a secluded life with his family.

Early career
A chance meeting with the writer Wali Mohammad Wali at a shop in Hira Mandi, led to Pran winning his first role as a villain in Dalsukh Pancholi's Punjabi film Yamla Jat followed by Chaudhary & Khajanchi. Khandaan was the first Hindi movie in which Pran became a hero opposite Noorjehan, who had earlier acted with him as a child artist.

After partition he went to Bombay and his role in Bombay Talkies Ziddi ( with Dev Anand and Kamini Kaushal), directed by Shaheed Lateef, launched his career in Bombay. This film was also Dev Anand's big break as a hero.

In the 1960s, with Manoj Kumar's Upkaar he turned to positive character roles. Ironically in this movie Kamini Kaushal also moved to character roles. He became a well-known character actor in films like Zanjeer, Don, Amar Akbar Anthony and Majboor.

The legendary "Villain of the Millennium" has had a marathon six decades long career in Hindi Cinema and is one of the most celebrated actors of the industry.So effective was his acting that it said that people stopped naming their children 'Pran' because of his villain roles.

His biography, ...and Pran was so named because, in most of the movies that he acted in, his was the last name in the cast portion of the credits, with the words "...and Pran" and sometime "..above all Pran".

His favourite line "..Barkhudaar..".. He played good role in Don(70s) also. He was at the peak of his career in those days that Pran was paid much more money than Amitabh for working in Don.

Death:
Legendary actor Pran Kishan Sikand, who popular known by the name Pran, passed away at the Lilavati Hospital on Friday evening (July 12) following prolonged illness. He was 93.