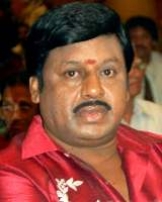 Ramarajan is a Tamil film actor who is specialised in acting films on village-based subjects. He is also known as Makkal Nayagan.

In his movies, Rama Rajan never acted in scenes that showed him smoking and consuming alcohol. The reason for this he attributed to being an ardent fan of actor Mr.M.G.Ramachandran, who had the same principles. Also, none of his movies were Adult certified and hence suitable for family viewing. The movies he acted had social themes .

Personal life
Ramarajan married actress Nalini, after 2 kids and 20 years later they divorced. After divorce, Nalini is active starring in a line of Tamil TV serials.