Vijay Sethupathi, the Makkal Selvan is unarguably one of the busiest actors of the contemporary Tamil cinema. The talented actor has some highly promising projects lining up, including the upcoming Vijay starrer Master. Reportedly, Vijay Sethupathi is now approached to play the lead role in the comeback movie of the veteran actor Ramarajan.

If the latest reports are to be believed, Ramarajan, who is best known for the blockbuster movie Karakaattakkaran is all set to make a comeback to the film industry. Instead of making a comeback to the acting field, the senior actor is reportedly planning to direct a movie soon.

The sources suggest that the senior actor has approached Vijay Sethupathi to play the lead role in his upcoming venture. The Master actor, who is an admirer of Ramarajan, is said to be highly impressed with the storyline and is keen to sign the project. However, both Vijay Sethupathi and Ramarajan have not commented on the reports yet.

Vijay Sethupathi will be next seen in the upcoming Thalapathy Vijay starrer Master, in which he appears in the role of Bhavani, the lead antagonist. As per the reports, the actor is not playing a cliche villain but is appearing in a performance-oriented role in the movie. The Lokesh Kanagaraj directorial is expected to hit the theaters in June 2020.

The talented actor will soon make his Bollywood debut with the Aamir Khan starrer Laal Singh Chaddha, which is loosely based on the popular American film Forest Grump. According to the reports, Vijay Sethupathi is appearing in the role of Karthik Rajasekhar, an army officer in the movie.

In Tamil, the actor will soon join hands with the popular filmmaker Vignesh Shivan for the upcoming romantic comedy Kaathu Vaakula Rendu Kaadhal. The movie, which features Nayanthara and Samantha Akkineni as the female leads, is expected to start rolling once the all India lockdown ends. 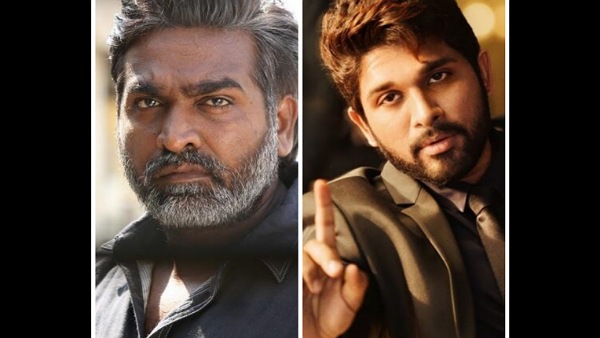