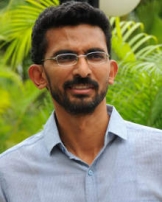 Sekhar was schooled at St. Patrick's High School, Secunderabad.He completed his intermediate studies from St. Alphonsa's and graduated with a Bachelors degree in Mechanical Engineering from Chaitanya Bharathi Institute of Technology affiliated to Osmania University, Hyderabad. He later went to the United States of America to pursue a Graduate degree in Computer Sciences at New Jersey. After a brief stint in the IT industry, he enrolled in the MFA program at Howard University, Washington, D.C.

Sekhar 's first film was the so called "commercial formulas" in making his movies. Nevertheless, all his movies have been very well received and have been commercially successful at the box-office, making him one of the revolutionary directors of Telugu cinema. Dollar Dreams was a critical success, and won him the National Film Award for best debutant director. His second film, Anand, was huge hit in the year 2004. Dr. Dasari Narayana Rao, a prominent person in the Telugu film industry, declared Sekhar as "Hero of 2004". His next film, Godavari, was praised by critics, but was a moderate success. Happy Days, which was released in September 28, 2007, was declared a smash hit. Kammula's films pleasantly lack the omnipresent violence in Indian cinema and this makes family viewing possible. He avoids overdramatization, vulgarity and violence. He worked with Polaris before starting films, his brother is still associated with same firm. Sekhar's latest film LEADER (2010) released on 19 February 2010 after a gap of two years post his last blockbuster film Happy Days (2007). The film being a political drama, a genre shift from Sekhar, carried huge expectations starring Rana Daggubati, grandson of Dr. D. Ramanaidu. The film is a critically acclaimed success and is garnering huge collections thereby catapulting the director to fame.

Sekhar has one daughter and a son. He stays with his parents and leads a simple life. His father's name is Seshaiah Kammula.