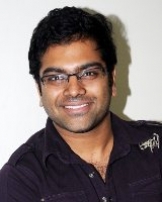 Sreerama Chandra Mynampati is a professional singer and the 2010 Indian Idol Winner from Hyderabad who debuted his playback career in the Telugu film industry. Sreeram has won the fifth season of the music reality show - Indian Idol 5 - and was awarded by one of the most prominent figures in the history of Indian cinema Mr. Amitabh Bachchan.

He is the first person from South India to win the Indian Idol title. His victory on the show landed him with Rs. 5 million cash, one-year contract with Sony BMG Music Entertainment, a Tata Winger car, and for the first time, a chance to sing a song in a Yash Raj Films project. The State Government of Andhra Pradesh had honored him with the Lata Mangeshkar Award along with a cash award of Rs. 1 Lakh.

Sreerama Chandra was born in a Telugu Brahmin family in Hyderabad. His father is a High Court advocate, while his mother is a housewife. In spite of a non-musical background, Sreerama Chandra had a passion towards singing and started singing from his school days and during the college life.

Sreeram started singing during his school days, but started playback singing at the age of 17. He has completed his 5th year of his Certificate Course in Carnatic vocal at Sri Bhakta Ramadasa Music College, Marredpally, Secunderabad. After participating in ETV "Sye", a singing reality show, prominent Telugu Film music director Koti spotted Sreeram's talent and made him sing a song "Chirugalithone Adiga" for a movie called Notebook.

He got his first break singing the title track for the critically acclaimed 2008 Telugu comedy film Ashta Chamma. Before participating in the Indian Idol 5, Sreeram was an upcoming playback singer in the Telugu film industry. He worked with some prominent music directors like Mani Sharma, Kalyan Mallik and Ramana Gogula.

Sreeram performed the hit track "Tum Mile", to which Music director Pritam commented that Sreeram is ready to start playback singing immediately. Shreeram also has recorded a duet with the renowned singer Shreya Ghoshal. Sreeram Chandra learnt Carnatic music in Sree Bhakta Ramadasa music college, he is the disciple of Smt B Hari Priya (popularly known as the Hyderabad Sisters).

He started performing shows at the age of 8 and till date he has done about 80 plus stage shows, including classical and filmy music. He has performed in shows with reputed singers like – Sri. Mano, Sri. Malathi, Sri. Sunitha. He has done corporate shows with Limca.

He has also given programmes with Koti, M.M. Keeravani (M.M Kreem), Madhavpeti Suresh, Vandemataram Srinivas, Ghantadi Krishna and many more music directors. He has sung three songs in Sabari Gireesha Saranam an Audio CD composed by Mantha Srinivas. He has also given programmes abroad, at places such as Singapore, Dubai, London, etc.
Bigg Boss Telugu Season 5
Sreerama participated in Telugu reality show Bigg Boss Season 5 hosted by Nagarjuna and he was evicted on Day 105 as 2nd Runner up.