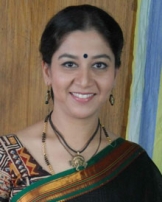 Sudha Rani is an Indian actress, voice artist and a former model. She has primarily worked in Kannada films, though she appeared in a few Tamil (credited as Shali), Telugu and Malayalam cinemas.

Sudharani came from a strict Conservative Brahmin family, based in Malleshwaram, Bangalore. She has 2 elder brothers. She modelled for ads in her childhood, for Quality Biscuits - along with her brother at the age of 3 years.

Her mother was very interested in nurturing Sudha's talent and started dancing lessons for her at the young age of 5 years. Nobody was ready to teach Sudha dancing at this young age, so her mother taught her. Sudha is an accomplished Kuchipudi and Bharatnatyam dancer.

She was noticed by Paarvatamma Rajkumar, wife of Dr. Rajkumar in a Thread Ceremony video - at the ripe age of 12 years. Paarvatamma who was on the lookout for a heroine for the launch movie of her eldest son Shivarajkumar - selected her to be the heroine of the movie Anand at a very young age of 12 years.

She was launched in their Vajreshwari Combines banner, and later acted in many movies produced by that prestigious banner. In her later career, she acted along with Shivrajkumar in more than 10 movies as his Heroine in movies like Mana Mechida Hudugi, Samara, Aasegobba Meesegobba, Anna Tangi, Midida Shruti, etc - forming one of the most-popular pairs of Kannada film industry.

Their pair was also popular for their dancing. Both excellent dancers often choreographed many of their steps in their songs. There was also a rumour of they both getting married, but the fact is that they are very good friends.

Her next best pairing was with Ramesh Aravind, with whom she acted in more than 8 movies like Panchama Veda, Shrigandha, Aragini, Anuraga Sangama, etc. She along with Shruti and Malashri ruled the Kannada Film Industry in the 90's.

While Malashri was famous for tom-boyish roles and Shruti for tear-jerkers, Sudha however excelled in all types of roles, be it glamorous ones, family oriented roles or even tom-boyish characters. Her innocent beauty, excellent physique and great height made her one of the superstars of Kannada film industry. She has also acted in many movies in Tamil, Telugu, Malayalam and Hindi.

She acted with Rebel Star Ambarish in 3 movies Mannina Doni, Saptapadi and Munjaaneya Manju. She also acted with Ravichandran in the movie Manedevaru and along with Devaraj in Vijayotsava.

She also formed a good pair with actor Ramkumar with whom she acted in more than 3 movies like Kavya, MahaKshatriya, etc. She also acted with Shashi Kumar in the movie Swati.

She took a break after her marriage in 1999, but returned to act in many movies as heroine post her marriage, like Sparsha along with Sudeep, Hendatigelabedi along with Anant Nag, etc.

She acted in more than 80 movies as a heroine and 80% of the movies she acted in as the lead actress were Heroine-oriented subjects, where she had a meaty role and excellent scope to display her supreme acting skills.

She easily slipped into character roles in the later part of career essaying roles of Elder Sister or Sister-in-law of the hero. She does not discriminate acting into any category and is contempt playing any roles which are important however short or big the length of the role might be in the movie.

She has also acted in quite a few television serials. She also was a judge in many dance reality shows. She is also an accomplished dubbing artist and has lent her voice to many heroines such as Roja, Sada, etc., in movies such as Maruya, etc.

She got married to an NRI in the year 1999, which fell apart and she divorced the person, to remarry one of her relatives. She has a daughter from her second marriage, born in the year 2001.