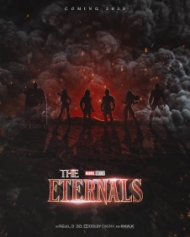 The Eternals is an American superhero flick based on marvel comics of the same name. It is the 25th film in the Marvel Cinematic Universe and produced by Marvel Studios. Chloe Zhao is directing the film, while Matthew and Ryan Firpo wrote the script. The movie features Angelina Jolie, Richard Madden, Kumail Nanjiani, Lauren Ridloff, Brian Tyree Henry, Salma Hayek and  Kit Harington in lead roles.

It is the story of the fight between Eternals and Deviants. In the span of 7000 years, The Eternals, an immortal alien race created by celestials, protect the human race from their evil counterparts the deviants.