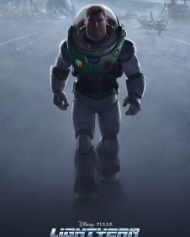 Lightyear is an American computer-animated science-fiction action film jointly produced by Walt Disney Pictures and Pixar animation studios. This spin-off from the Toy Story film series serves as an origin story for the Buzz Lightyear. Angus MacLane directed this flick, and Chris Evans lent voice to the titular character.
Plot:
The film traces the origin of the fictional human character Buzz Lightyear. A young human test pilot becomes a Space Ranger on an intergalactic adventure and inspires an action character of the same name in the Toy Story film series.
Release:
The film is slated to hit the theatres in the United States on June 17, 2022. Subsequently, it will be streamed in Disney Plus Hotstar.