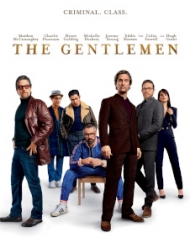 Plot: The Gentlemen follows the story of drug lord Mickey Pearson, an American who starts from nothing and builds a marijuana empire in London. As soon as word gets out, he is cashing the business, others start scheming to win his fortune.