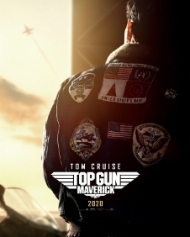 Top Gun: Maverick is an upcoming action film starring action icon Tom Cruise in the lead role. The film is directed by Joseph Kosinski and is the direct sequel to the 1986's Top Gun. The movie will be distributed by Paramount Pictures Worldwide.

This film events takes place 34 years after the incidents of the original film. Legendary Captain Peter Maverick Mitchell becomes the new instructor of Top Gun.  He guides Bradley, Goose's son, who seeks to become an aviator like his father.