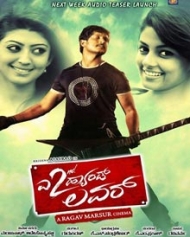 A Second hand Love Story is first heroine in the film misses for Ajay Rao and thus he gets in to love for the second time. It is second time love for him but for heroine it is first time clarifies.
In this First love is always best. She misses out on account of some reason. The rock star hero Ajay Rao tries his luck in choosing his partner for the second time.  Desi and Videsi music is major part of the film.
Ajay Rao has many shades in this film. He is good at heart and music. The twist and turn in screenplay gets a second chance to love. In the presence of first love the protagonist is forced to get attachment to the second lover. Such situations are interesting part of this film
Gurukiran is a music director for this film. KS Chandrasekhar is cameraman, Ravi Verma in stunts, Kaviraj in lyrics.