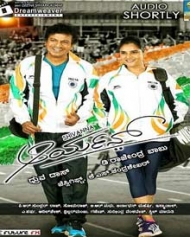 The rest of the movie directed by Chi Guru Dutt. The film is produced by Dhruv Das under the banner Dreamweaver Entertainment

Aryan (Shivaraj Kumar) is a well known coach. He joins a sports academy in Singapore, where he falls in love with a champion athlete named Shwetha (Ramya), who also likes him. Shwetha wins gold in 400 meters National Games, but she is tested positive for Anabolic steroids and is banned for 2 years.

She blames Aryan for it and breaks up with him. What happens next will form the crux of the story.