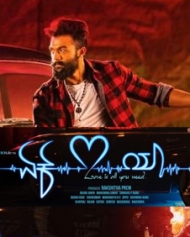 Ek Love Ya is a romantic action movie directed by Prem. The movie casts Raana, Reeshma Nanaiah, and Rachitha Ram are in the lead roles along with Charanraj, Shashikumar, Suchendra Prasad, Yash Shetty, and many others are seen in supporting roles. The music is composed by Arjun Janya while cinematography is done by Mahen Simmha and is edited by Srinivas P Babu. The film is produced by Rakshitha Prem under Rakshithas Film Factory banner.
Release Date
Ek Love Ya movie released in theaters on Feb 24, 2022.