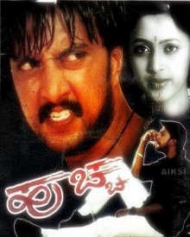 Kiccha Sudeep and Rekha Vedavyas are played the main lead roles along with Avinash and many others are seen in supporting roles.

Kicha (Sudeep) is a rough and macho college rowdy and also The Students Union Chairman of the college, who uses violence as the only way to deal with people. He lives with his brother, a Magistrate (Avinash), and his sister-in-law, who is the only person who seems to understand him properly.

The movie opens with Huchcha winning the elections to the office bearers of the college's Students Union followed by celebrations and in-campus...