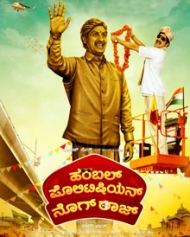 Nograj is a hackneyed corporator, whose sole ambition is to mint big bucks and enjoy maximum power. He decides to test his waters as an MLA from being a corporate and splurges money for same. What happens when he meets his nemesis who seem to be prophesying theory just opposite to him?