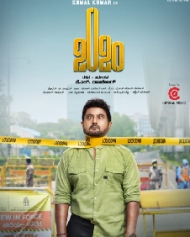 2020 is a comedy entertainer movie directed by K L Rajashekhar. The movie casts Komal Kumar and Dhanya Balakrishna are in the lead roles along with Kuri Prathap, Tabala Nani, Girish Shivanna, Mimicry Gopi are seen in supporting roles. The Music composed by Sridhar.V.Sambhram while cinematography done by Naveen Kumar S and it is edited by K.M.Prakash. The film is produced by The film is produced by T R Chandrashekhar under Crystal Park Cinemas banner.