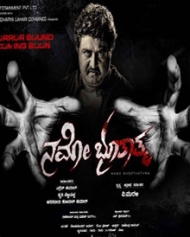 The story is about an out of luck telemarketer played by Komal Kumar, who is on the run from a local don after borrowing money from him. He finds out that his father has left behind a huge palatial house in his native. After turning the house into a hotel with the help of a caretaker, he soon finds out that the place is haunted.

The rest of the plot deals with how the protagonist fights off the evil spirit haunting the house and also escape from the wrath of the don to whom he owes huge amount of money.