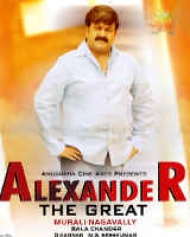 Action Drama
Release Date : 07 May 2010
Cast : Mohanlal, Aswathy Ashok
Director : Murali Nagavally
Synopsis
Alexander The Great movie tells the story of Alexander Varma (Mohanlal) who is a man survived with his IQ, but fate led him to prison. After the untimely death of  Prathapa  Varma, a Dubai based businessman, his kins  started fighting for his property.

It was during this time Alexander was released from the prison. Somehow Alexander involves in the strange situation and story contiues in a family back ground.