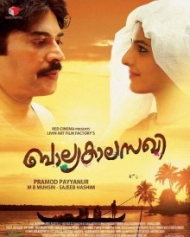 Balyakalasakhi movie is completely adapted from acclaimed Malayalam romantic tragedy novel "Balyakalasakhi" written by renowned writer Vaikom Muhammad Basheer. Published in 1944, it is considered by many as Basheer's best work. The story revolves around Majeed and Suhra, who are in love with each other from childhood.

Mammootty portray's the role of Majeed and that of his father in the film, whereas Isha Talwar plays the role of Suhara. In 1967, a film adaptation starring Prem Nazir as Majeed and...