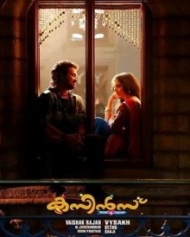 Cousins story revolves around four cousins, who undertake a journey with a particular intention and the issues that they come across in between them. Sam character played by Kunchako Boban lost his memory for a period of six years from present, and how Sam's cousins help him to get back his memory forms the main plot of the story.

The movie has been shot with a whooping budget of 10cr. This is the third time director Vysakh is joining hand with Kunchacko Boban. Vedhika and Nisha Aggarwal play the female leads, while Manoj K. Jayan, Nedumudi Venu, Kalabhavan Shajon and Pradeep Rawat feature in supporting roles in the film.

Cousins is produced by Vysakh Rajan under the banner of Vyshakha Cinemas, Music is by M. Jayachandran for the lines of Murugan Kattakada and Rafeeq Ahamed. Bangalore, Pollachi and Kodaikanal are the main outside Kerala locations of this comedy movie.

Movie is sheduled to release on December 19th.