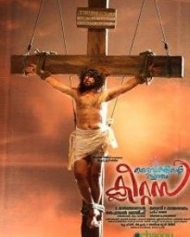 U | Drama
Release Date : 12 Sep 2013
Cast : Mammootty, Aju Varghese
Director : G Maarthandan
Synopsis
Daivathentae Swantham Cleetus revolves around the life of Cleetus who is forced to act in plays. Cleetus comes from a family which is not associated with drama. Even Cleetus is not interested to be a part of the play.But as Fr.Sunny Vadakkumthala was keen to intake him, Cleetus with half mind was ready to act in the drama.
But after Cleetus landed in the dream world, there turn out to be a contradiction between his original character and those in his plays.The incidents to be followed later are being threaded beautifully by the director.