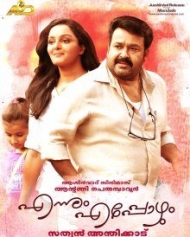 The much waited movie is scripted by Ranjan Pramod based on a story by veteran actor Raveendran. Ennum Eppozhum is produced by Anthony Perumbavoor under the banner of Ashirwad Cinemas. Movie will be mark as the comeback of one of the most celebrated on-screen pair Mohanlal and Manju Warrier, after a long gap of 17 years since Kanmadam and Summer in Bethlehem which were released in 1998. The lines of Rafeeq Ahmed are tuned by Vidyasagar.

The film is scheduled to release on March 27, 2015 all over India through Maxlab Cinemas and Entertainments.