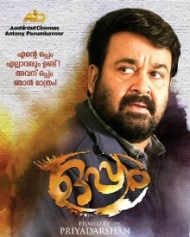 Jayaraman (Mohanlal) is blind by birth but have super hearing and other enhanced senses. He works as an elevator operator in an apartment where many reputed people resides. One day he happens to witness a murder in a flat, where he works and he has been charged with the crime, based on the circumstantial evidences. How he proves his innocence to the law forms the plot of the movie.

The 1.46 minutes long trailer, which was released through Mohanlal's official Facebook page, is highly promising and beyond impressive. As per the latest report, Mohanlal's Oppam hits big screens as an Onam release.