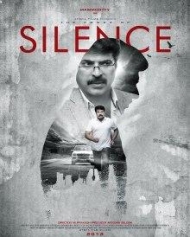 U | Action Thriller
Release Date : 07 Dec 2013
Cast : Mammootty, Anoop Menon
Director : V K Prakash
Synopsis
Silence is an action packed mystery thriller, in which Mammootty potrays the role of an advocate(Aravind) who is settled in Bangalore. It is after a very long time that Mammootty will be seen essaying the role of an advocate after Twenty Twenty.
Pallavi Chandran a mumbai based model as well as Hindi serial actress will plays the role of female lead in Silence. Anoop Menon will be seen in a prominent role.
Silence is directed by Vk Prakash and produced by Afseena Salim under the banner of Aysha Film Release. Ratheesh vegha scores music for the movie.