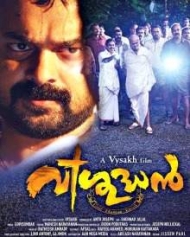 U | Action Drama
Release Date : 22 Nov 2013
Cast : Kunchacko Boban, Miya George
Director : Vysakh
Synopsis
Vishudhan is a dramatic thriller, In which Kunchako Boban plays the role of Father Sunny. His character Sunny has various shades and undergoes transformation at every stage starting from a Pious innocent man to a normal human being with frailities, Finally to a bestial man.
Vishudhan is made with a different treatment which could keep the audiance intact.
Vishudhan is directed by Vysakh and is produced by Anto Joseph under the banner of Anto Joseph Film Company. Gopi Sundar scoring music for Vishudhan.