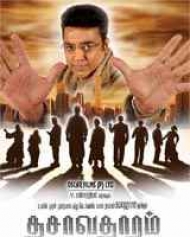 The plot of Dasavathaaram revolves around bringing together the lives of several individuals beginning with the 12th century and ending with the 21st century; the main person being a research scientist who develops a bio-weapon and makes sure that it is not acquired by a group of terrorists.
Several other people also get involved in the process and all their stories connect after the striking of a tsunami, thus bringing in philosophical views into the picture.