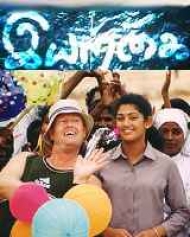 U | Romance
Release Date : 07 Nov 2003
Cast : Shaam, Seema Biswas
Director : S P Jananathan
Synopsis
Iyarkai movie is all about Marudhu(Shaam) who is an orphan and sailor, lands in Andaman and decides to give up his sailing life and settle down there. He develops a liking for Nancy(Radhika), who sells fruits and other items to sailors on ships that have arrived at the port.

But Nancy still holds a candle for the captain of a ship that docked there three years ago. The captain(Arunkumar) had promised her that he would return in a year but three years later, Nancy has still not given up hope.