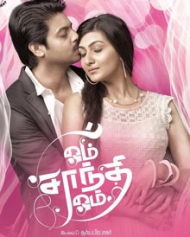 Om Shanti Om is a Tamil drama film directed by D.Surya Prabhakar and produced by Arumai Chandran. The film features Srikanth and Neelam Upadhyaya in the lead roles, while Vijay Ebenezer composes the film's music.
Story Line
The movie story is about Srikanth, who is traveling in the bus and met with an accident. He wakes up and realises that he is followed by 5 different ghosts with their unfullfilled wishes in their life and Srikanth decides to be a mediator and help them sort out their problems.
Production
The film began its first schedule in February 2013 with little fanfare and scenes were shot around Trichy.