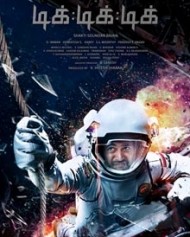 Tik Tik Tik is a Tamil movie direction by 'Miruthan' fame director Shakthi Soundar Rajan. The movie features Jayam Ravi along with Nivetha Pethuraj.
The movie is been produced by Hitesh Jhabak, the film will have music by D. Imman.
Director Shakti Soundar Rajan says 'Tik Tik Tik' movie is a space film and it will be the biggest project in the career of its lead actor, Jayam Ravi.
"Not just budget-wise, but also in terms of scale, this project will be big. It will be the biggest film in Jayam Ravi's career, says in his interview.