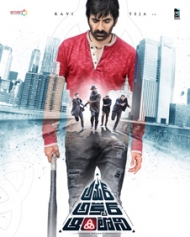 Ravi Teja and Ileana D'Cruz are playing the main lead roles in this movie.

The movie opens with a flashback episode, which sets the theme of the movie as a revenge drama. Amar's (Ravi Teja) father and his childhood pal, Aishwarya's (Ileana) father own a big pharma firm together as partners in the USA who offer small share of business to four of their employees. The greedy employees, in order to own everything, hatch a plan and get their bosses eliminated.

Cut to present (after 14 years), Amar is seen getting released out of jail and he meets Aishwarya in the process....