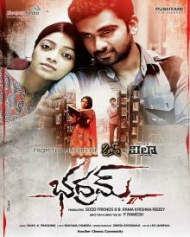 Bhadram is a story of a spy who has been hired by the government to shadow their targets. These spys ideally don't have any background and are strictly ordered not to get in contact with their subjects. The movie story revolves around a detective and the mystery's happening to his suspects.

Ashok will be on a mission to collect complete in & out details of the persons who needs to track down. After he is done with projects, Ashok 's lead allots his next project as collecting...