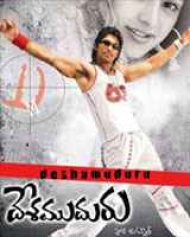 Bala Govind (Allu Arjun) is a program director in MAA TV. His fights for justice gets him into troubles regularly.During one of these incidents, he saves a person (Raja Ravindra) from goons and while severely trashing Murugan (Subbaraju) son of a notorious arrack smuggler Tambi Durai (Pradeep Rawat).