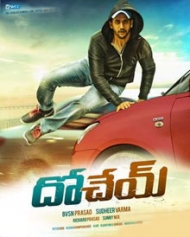 Dohchay is yet another crime comedy or a con film. Naga Chaitanya (Chandu) involves in the con job and Kriti Sanon (Meera) is a Medical Student. The circumstances that led him to become so forms the crux of the story.