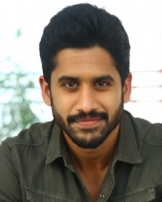 Naga Chaitanya is a film actor. He is the son of popular actor Akkineni Nagarjuna, the grandson of Akkineni Nageshwara Rao and the nephew of actor Venkatesh. He made his film debut with Josh, which is releasing on 3rd September 2009

Naga Chaitanya was born on November 23, 1986 to actor Akkineni Nagarjuna and his first wife, Lakshmi. However his parents split before his first birthday, and subsequently he lived with his father and his step mother, Amala, a prominent actress.

Nagarjuna also had another son with Amala, called Akhil Akkineni, who played the lead role in Sisindri as a two year old. Moreover, Naga Chaitanya's grandfather, Akkineni Nageswara Rao was one of thespian's of Telugu cinema, with cousins Sumanth and Sushanth also being film actors.His maternal grandfather, D. Ramanaidu, is a famous producer in the film industry whilst his maternal uncle, Venkatesh is also one of Telugu cinema's biggest actors.

Naga Chaitanya initially did not want to become an actor, but had a sudden change of mind, which resulted in his parents sending him to an acting school in Mumbai and then to Hollywood to learn dancing and fighting, before he made his debut.

Following the legacy led by his family in films, Naga Chaitanya's debut was widely anticipated. After several rumours regarding his debut, during the audio launch of his father's King, Chaitanya was introduced to the film world and there his debut film was launched. Josh, directed by newcomer Vasu Varma and produced by Dil Raju pairs him opposite a fellow debutant and child of an actress, Karthika Nair, the daughter of Radha.