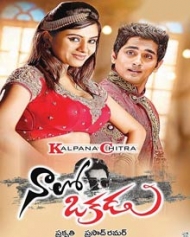 He leads a mundane life and suffers from insomnia. On one such sleepless night, he...