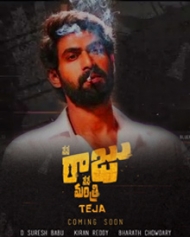 Rana Daggubati, Kajal Agarwal and Catherine Tresa are playing the main lead roles along with Navadeep will be seen in a important role in this movie.

Nene Raju Nene Mantri movie makers are planning to release on 11th August, 2017 on the eve of Independence Day.