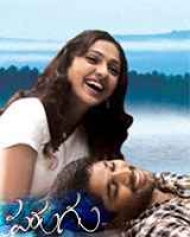 Neelakantam (Prakash Raj) is a village elder. He has two daughters Subbalakshmi (Poonam Bajwa) and Meenakshi (Sheela). The film begins with the elopement of Subbalakshmi with one Babu of the same village. The entire family of Neelakantam holes up the friends of Babu (Sunil, Srinivasa Reddy), on the presumption that they helped him. Krishna (Arjun) is also caught by the...